Sean Freeman: The Journey from Vet to Cybersecurity Apprentice

Sean was born in Tacoma, Washington and moved to St. Louis at age 11 to be closer to his family, and joined the Navy after graduating high school in 1997. Serving for 10 years in the Navy gave him experience in network and server administration, daily user support, and other IT/IS areas. He spent time in Korea and Japan, along with several other Asian and Middle Eastern countries, during his service in the Navy. This experience led him to a job in the financial sector in Tokyo, Japan where he worked for a few global companies such as Lehman Brothers. Starting out for a brief time as an English teacher, he eventually made his way into management in the financial sector.

At this point in his career, the job market and economy changed drastically, and he experienced an illness in his family. The unfortunate combination of these situations brought him back to the United States, where he intended on landing a job in an IT/IS role. This proved to be much more difficult than he had imagined, with even getting an interview proving to be nearly impossible. Sean had 10 years in the Navy and 10 more years in the financial sector, working directly with IT/IS, and he still couldn’t land a job. Up until that point, his career had progressed naturally and easily, and he had become complacent in his pursuit of further education and certifications.

Sean expected some pushback and difficulty in his search for an appropriate IT/IS role, but was wholly unprepared for the demand by employers for certifications over experience. In the past, his 20 years of experience in the military and Japan would have been enough for him to land a good IT/IS job in the United States. As we are all now aware, things in the industry have changed, and degrees and experience are taking a backseat to certifications. During his search for an appropriate role, he took a job at UPS, which was hard work, but paid the bills.

It was not long after this that he found out about CyberUp and our apprenticeship program from his veteran’s representative at the Missouri Job Center. Having always had an interest in cybersecurity, he found an information session and began his journey from Veteran to Cybersecurity Apprentice. Due to Sean’s extensive work background, he was able to join the program at an advanced level, earning immediate eligibility for placement. This eligibility led him to a placement at GadellNet, where he is a Client Site Engineer.

As Sean says, “CyberUp worked hard to give me the opportunity to sit down with [GadellNet], and after getting to know each other during the interview process, I was ecstatic when I found out that they were willing to bring me onboard. I can honestly say GadellNet is the company I have been searching for my entire career. I am continuously exposed to new technology, am surrounded by brilliant co-workers with an insane depth of knowledge I can learn from, and have been shown on a daily basis that my employer is 100% committed to both my professional and personal development.”

We couldn’t be happier or more proud of Sean and the journey that has brought him to us. We wish him and GadellNet the best of luck and look forward to writing another blog about him once he lands a full-time gig at the end of his apprenticeship.

This author hasn't written their bio yet.
Amber Lowry has contributed 54 entries to our website, so far.View entries by Amber Lowry 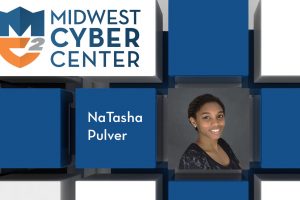 Five years in the Making