Obadiah Colebrooke, “Entitled to nothing, grateful for everything”

Home Cyber News ArticlesObadiah Colebrooke, “Entitled to nothing, grateful for everything”

Entitled to nothing, grateful for everything

Obadiah Colebrooke, “Entitled to nothing, grateful for everything”

Obadiah was born in Freeport, Grand Bahamas, but his father brought their family to the United States when he was young to play professional rugby, which was a big change for Obadiah. During his childhood they lived in Illinois, Wisconsin, and Minnesota, a very different climate than the Bahamas. He is now married with three kids, and loves playing and coaching sports, listening to music, and outdoor games. He and his family have happily settled in St. Louis due to his last duty station in the Marine Corps being Scott Air Force Base.

In terms of his current position as a cybersecurity apprentice, he says he was not always into computers. He actually wanted to be a professional athlete prior to serving, and he did play rugby for the Marine Corps and other great teams for a short time. When he entered the Marines, he started “messing around with computers,” because of the Communications field to which he was assigned. His main goal in the Marines was to learn a skill that he could use when he was done serving.

The assigned Communications position led him to his Cybersecurity role, which he has used after transitioning out of the Marines as an apprentice with CyberUp for an undisclosed financial institution. Obadiah has enjoyed his apprenticeship so far, mainly due to his colleagues, who understand that he is coming from a different organizational structure and are willing to guide his work in the corporate sector.

Obadiah spent over 20 years in the Marines and lived several different places. To give his kids a more stable life in school and friends, he and his wife decided to settle down here in St. Louis. He retired from the Marines in 2019, where his Military Occupational Specialty was Cybersecurity. As he says, “I just transferred out of the uniform to regular clothes and normal working hours.”

Obadiah has some advice for people trying to break in the cybersecurity field, “Don’t be scared to dive in and explore different areas of cybersecurity when you first start…you won’t know unless you try them.” CyberUp will continue to support Obadiah in his cyber career journey, and we can’t wait to see the success that results from his apprenticeship. 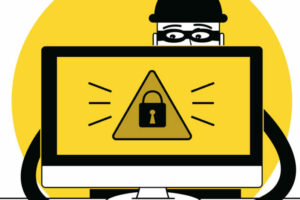 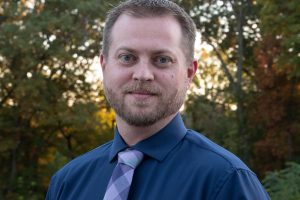 Sean Freeman: The Journey from Vet to Cybersecurity Apprentice

Elevating tech skills to the next level