NaTasha Pulver: IT is a Family Tradition

Born in Louisville, Kentucky but raised in Tampa Bay, Florida, NaTasha ended up in the St. Louis region due to her husband’s work in the military. After spending her formative years in Florida, she returned to Kentucky for college at the University of Louisville. She went on to earn her Master’s degree in Counseling and Personnel Services after graduating with a Bachelor of Fine Arts in Photography. She has exhibited her conceptual photography in 2014, in Jacksonville, Florida, and continues to work on photography and painting in her spare time. She is currently submitting artwork and photography to upcoming shows. When she and her husband are not working, they love to hike and camp, and NaTasha is a fitness nut, running or exercising every day.

Information technology is the family profession, with her father working in IT when she was a child. NaTasha fondly recalls “defragging computers and running cables” for her father when she would go to work with him. He later ended up in the military. While NaTasha and her husband were in school at Louisville, they would help each other study. He was focused on cybersecurity, and that originally piqued her interest in the field. After moving to St. Louis for him to work at Scott Air Force Base, they set up a home network and a “test lab” in their basement, each with its own switch, router, and firewall. NaTasha learned a lot from working with her husband, and some from videos online.

Due to her work in the mental health profession, NaTasha is passionate about privacy, HIPAA, the Internet of Things, and cybersecurity in general. At least one of her previous mental health counseling positions was not HIPAA compliant, and with the proliferation of IoT devices being used in therapy sessions, she realized that she was more interested in the privacy and security side of things than the counseling aspect. This realization brought her to CyberUp to begin her career change, which she learned about from a friend.

Fortunately for NaTasha and CyberUp, Securboration had an opening for a software engineer, and they selected her. NaTasha is excited about working at Secuboration due to the fact that they collaborate regularly with the military on a broad scope of projects, and because of the opportunity she will have to learn more about coding and programming languages. She is currently working on her Net+ and A+ certifications through Udemy.net, and is excited for the opportunity to earn some CompTIA certifications as well. We are very proud of NaTasha and wish her and Securboration the best of luck in the coming year. 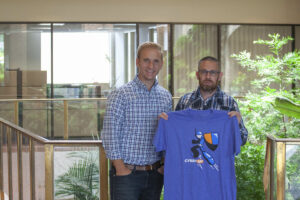 Darrick was born and raised in Idaho and came to[...] 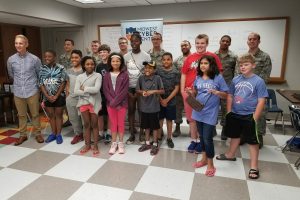 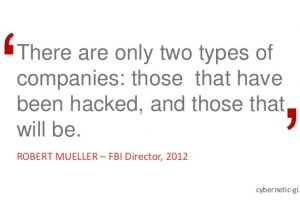 “There are only two types of companies: those that have been hacked, and those that will be.”

“There are only two types of companies: those that have[...]