Home Placed ApprenticesDarrick Hall’s Search for a Role in Cybersecurity

Darrick was born and raised in Idaho and came to St. Louis in search of jobs and a life for his family, a wife and two children. He enrolled at Maryville University in cybersecurity, and quickly found out from seniors in his program that getting an internship was key to finding a job, and getting an internship was almost impossible. Due to his inability to land an internship, Darrick took matters into his own hands and began searching for a cybersecurity firm with whom to volunteer. Unfortunately, he wasn’t even able to find an organization to volunteer with.

Darrick’s search eventually brought him to CyberUp, where he landed an apprenticeship at Barry Wehmiller. He learned a lot and excelled during his apprenticeship and will be continuing at the same firm once it is finished. Finding success and satisfaction at this job, he has also continued his cyber studies at Maryville, which he will conclude later this year. He currently holds no industry certifications but will be able to take those tests in the near future.

Before enrolling at Maryville in 2015, Darrick didn’t even know what an IP address was. While he learned a lot in his classes, they did not offer the hands-on experience that Darrick wanted and needed to be successful. He was able to get that working at Barry Wehmiller and sees himself working in a SOC for a major corporation like MasterCard in the future.

When he’s not working long hours or studying to finish his degree, Darrick likes to read, hike, kayak, play video games, and have family time. To CyberUp newcomers, he has this advice: “Learn networking and Linux first. Every security tool and concept is aided with an understanding of those two concepts.” In addition, he landed his job through networking, so he encourages all pre-apprenticeship and apprenticeship candidates to attend meetups and other networking groups. We look forward to hearing about Darrick’s successful cyber career in the future. 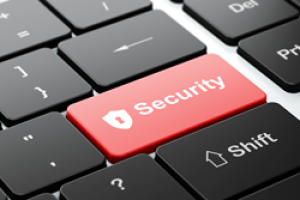 The rapidly evolving nature of threats in today’s cyber landscape[...] The growing need to bolster cybersecurity is so great that[...] 1.5 million open jobs and how we can prepare our youth to take them